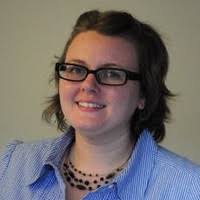 Krystle Wagemann will be discussing fellowship opportunities through the Army Research Lab Research Associateship Program. The CCDC Army Research Laboratory (ARL) Research Associateship Program (RAP) is designed to significantly increase the involvement of creative and highly trained scientists and engineers from academia and industry in scientific and technical areas of interest and relevance to the Army through fellowship opportunities.

Scientists and engineers at ARL help shape and execute the Army's program for meeting the challenge of developing technologies that will support Army forces in meeting future operational needs by pursuing scientific research and technological developments in diverse fields.

ORAU is a consortium of more than 100 Ph.D granting academic institutions bringing together university faculty and students to collaborate on major scientific initiatives that help keep America on the leading edge of science and technology.

Wagemann has 10+ years of experience in higher education. She has experience developing relationships with universities and organizations to increase student participation in research. She has worked in Career Services offices, planning career fairs, creating unique recruiting events and creating awareness of opportunities for students before and after graduation.

Webinar: Kick-Start - Making the Most of an Internship (Hosted by NETS at UCSD) 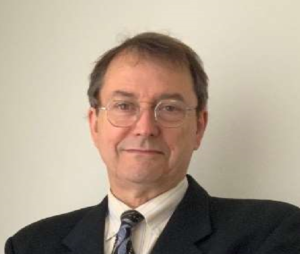 John M. Newsam has been CEO of Tioga Research since launch in 2011, having served in corporate executive roles since 1996. He was CSO of Molecular Simulations Inc. (now Biovia – from 1996, acquired by Pharmacopeia in 1998), Office of the President for hte Aktiengesellschaft (from 2000), CEO of fqubed (from 2002), CEO of Bio4Front, and Senior VP of Business Development for Nuvo Research (from 2009, CA:NRI). Dr. Newsam has been the founder or a co-founder of more than 10 companies: Thirona Bio (2019), Lipidio Therapeutics (2019), Permeatus (2017), DMK Pharmaceuticals (2016), Tioga Research (2011, acquired by Encube Ethicals in 2019), Bio4Front (2008), Windhover Ventures (2003), fqubed (2002, acquired by Nuvo
Research in 2005), Integrated Discovery Sciences (2001, acquired by Bio and Gene in 2005), hte AG (1999, acquired by BASF in 2008), FreedomVoice Systems (1996, acquired by GoDaddy in 2016). Dr. Newsam’s venture capital experience includes serving as a member of the advisory council of the Green Gateway Fund, and previously as a Venture Partner at NGEN Partners and as advisor to the Scottish early stage venture fund ITI Life Sciences. Dr. Newsam has contributed scientific and strategic consulting to several US Fortune500 companies, to early phase biotech and materials companies in the US, UK, and Korea, and to government institutions such as IFP Energies Nouvelles. He has served on numerous academic advisory committees.