As the new quarter gets underway at Oregon State University (OSU) in Corvallis, Oregon, technologically minded students are busy preparing for an inspiring event. HWeekend is a competition that brings together students of all disciplines to create new, marketable inventions. But there’s a catch. They only have 30 hours! 30 hours to come up with an idea, recruit a team of students to help turn that idea into reality, create a prototype, put together a business plan, pitch the idea to the judges, and, hopefully, win a prize.

This fast-paced event is sponsored and organized by OSU’s College of Engineering, College of Business, and InnovationX, with support from Inventors Enterprise, a club of students working to create innovative solutions to society’s problems. 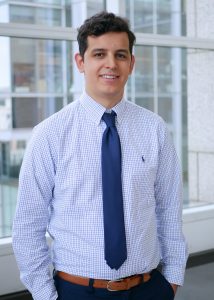 Alejandro Navarro, the current president of Inventors Enterprise and senior at OSU, started off as a participant of HWeekend when he was a sophomore. He enjoyed his experience so much that he joined Inventors Enterprise to get more involved and continue working on new ideas and projects. This upcoming HWeekend will be his third year as either a participant or an organizer.  He says that for him, the best part of HWeekend is coming up with an idea and having something that you can physically hold in your hand 30 hours later.

OSU puts on two HWeekends a year, one in the Winter quarter and one in the Spring, and each event brings together anywhere from 40 to 60 students to participate. There’s a new theme for each event, but it’s not revealed until the clock starts ticking. Despite the time crunch, these students come up with remarkable inventions.

During his first HWeekend, Alejandro’s team came up with an innovative way to discourage cell phone use during class. They built a charging station for classrooms by linking a charger to a pressure-sensitive sensor. So you can charge your phone during class for free, but only while it’s resting on the pressure plate and out of your hands! 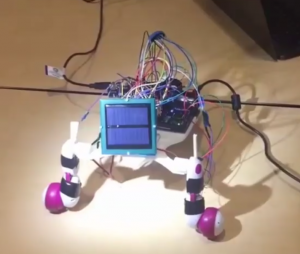 The theme for the most recent HWeekend was “Iron Chef”, meaning each team had to incorporate a “secret ingredient” into their invention. In this case, the secret ingredient was a toy of their choice from a thrift store. This limitation spurred the students’ creativity and produced some fun and interesting projects. One team used a toy robot dog to create a smart solar panel that adjusts its position to take in the most light from the sun. They used the robot dog’s movement capabilities and a light sensor to aim the solar panel directly at the light source. 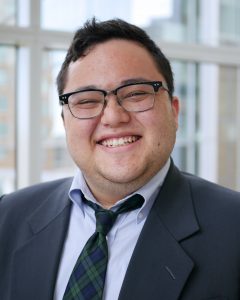 But not all of these projects are contained by HWeekend. Some take on life beyond those 30 hours. In 2018, Noah Hoffman, former president of Inventors Enterprise, launched a start-up, Medivac, based on an idea he had developed during HWeekend. He and his team created a portable, reliable, and long-lasting refrigeration unit for emergency storage of insulin. After HWeekend, he worked on the idea a bit more and took it to Invent Oregon, a statewide competition, where he won funding for the company. Pretty impressive for something that started as a 30-hour project!

The HWeekend event is something that could be replicated all across the country. And that’s Inventors Enterprise’s next goal. They’re planning to partner with clubs at other universities to grow the event and get students from around the country involved in inventing. So keep an eye out for the new ideas coming from these innovative students!

Inventors Enterprise is an active participant in the NextTech student network. Inventors Enterprise members have attended the Student Leaders Conference for the past three years, where they received a registration waiver to the 3-day TechConnect World Innovation Conference, access to special, student-focused professional development programming, and recognition as a Emerging Technology Student Leader. If you are a student that is interested in participating in the Student Leaders Conference, click here for more information. Applications are due on February 28, 2020.